The Argentum has a nifty calibration routine where you stick the head in the middle, and then it figures out which way the steppers are wired up by which limit switches are hit.

However, their algorithim is still a big buggy. The calibration routine seemed to work fine when the head was in the middle (no limit switches activated), but had some issues if it started with one of the X-axis switches acivated:

Upgrading the firmware from the 0.12 version that came with the printer to 0.14 seems to have resolved that. However, I discovered an issue if you tried to calibrate while the head was in the home position (Y limit switch activtated):

When it starts out and the limit switch is activated, then it tries moving very slowly for a short period of time, since it doesn’t know which way the head is moving (towards or away from the limit switch). However, since I had previously done a calibration (which it remembers), it should have tried to do its initial move away from the switch rather than towards it.

Since I didn’t like the noises the machine was making while this happens, I decided to swap the direction of the Y axis. These are bipolar steppers being used, so you only need to swap the wires on one of the two coils to get the stepper to go in the other direction.

Here’s a photo of my Y-axis connector, as it arrived: 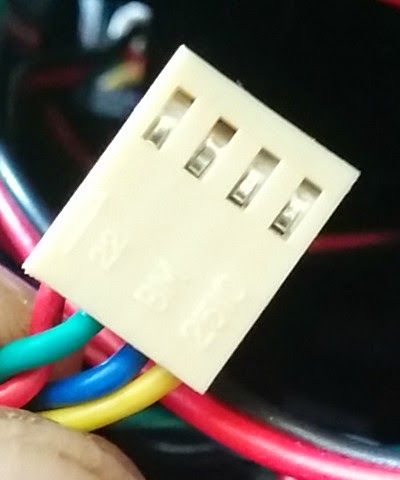 The Argentum came with a nice little screwdriver package, that included a variety of 1/8” bits. The torx T3 bit was small enough to fit through the rectangular hole in the housing and depress the metal tab which allows the wire to be released. Here’s what the clip looks like once its outside of the housing: 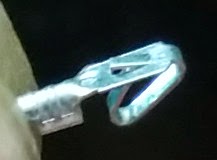 Once the metal tab is flattened, you can start to pull the wire out. I did this with the yellow wire, and then the blue wire. Once both wires are started, you can pull completely out of the housing, swap them and reinsert: 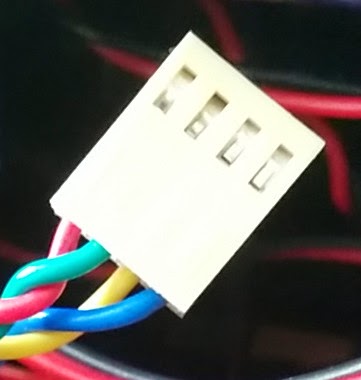 Make sure you insert both wires far enough that the metal tab re-engage to keep them in the housing.

Now the y axis moves in the opposite direction, and calibration routine works properly even when starting from the home position.