I signed up for the Ex1 Kickstarter (now called Argentum) and it arrived about a week ago.

The kit came as mostly laser cut acrylic parts, which was fairly straight forward to put together. The instructions are fairly detailed.

Here’s a photo once it was assembled enough to test the electronics: 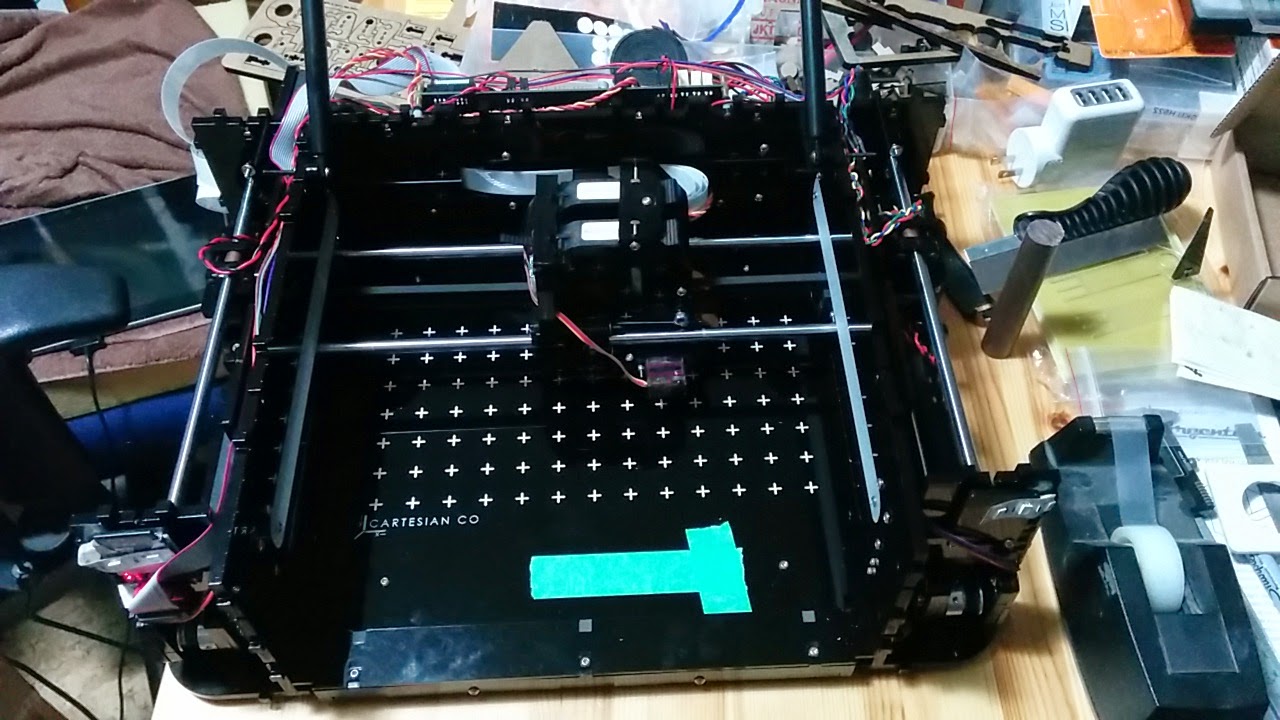 There is a simple starter circuit that you can print, so I tried to print it: 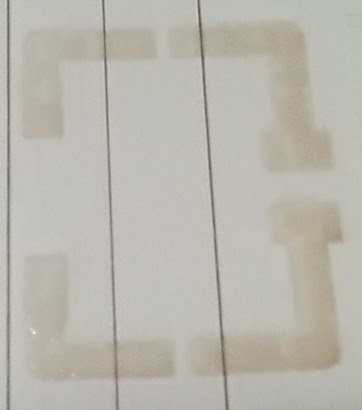 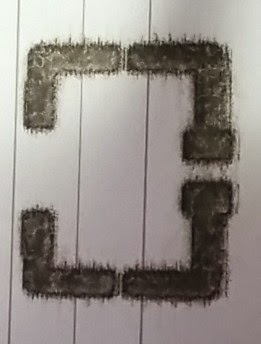 This is what it looked like after fixing the cables. This was just one layer. You need to print 3 or 4 layers to get enough silver down to reduce the resistance. Here it is after 4 layers: 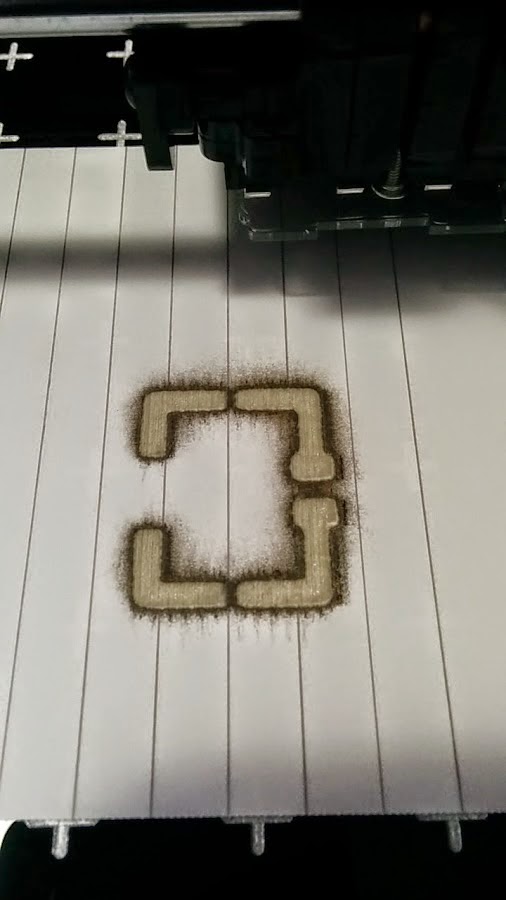 I also took a short video of it while it was printing the 4th layer:

With 4 layers, each trace had a resistance of about 1.5 ohms. Here’s the first circuit: 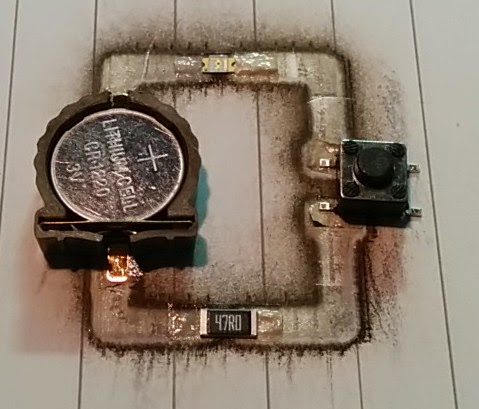 Notice that the color of the traces has changed. After printing 4 layers, you rinse the circuit under water, which removes the small remaining traces of nitric acid, There is an additive in the ascorbic which prevents the silver from balling up and leaves it as tiny particles. The additive is water soluble, and once its removed, then the remaining sliver starts a sintering proess (at room temperature), which furthere reduces the resistance, and cause the color to change from dark gray to light gray.

When you print on FR4, you can heat the whole thing up to about 300C and apparently, the silver will become almost white. I’ll post further photos once I get a circuit printed on FR4. 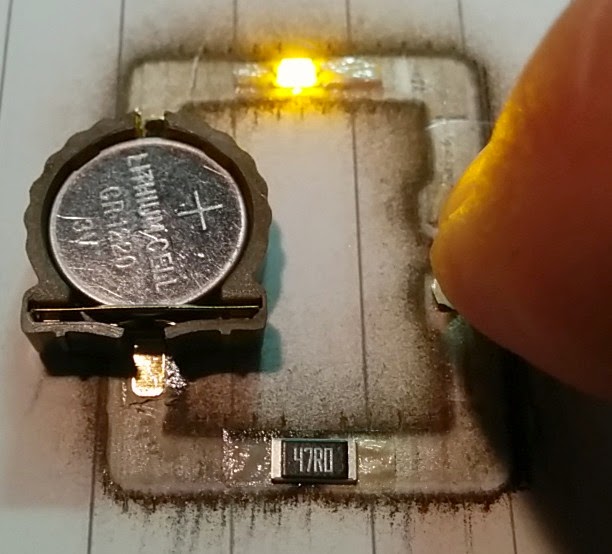 In this case, the components weren’t soldered down, but are being held down with tape which is conductive in only one axis (the thin axis in this case). They call it z-axis tape.

I put the outer shell of the printer on and this is the finished printer: 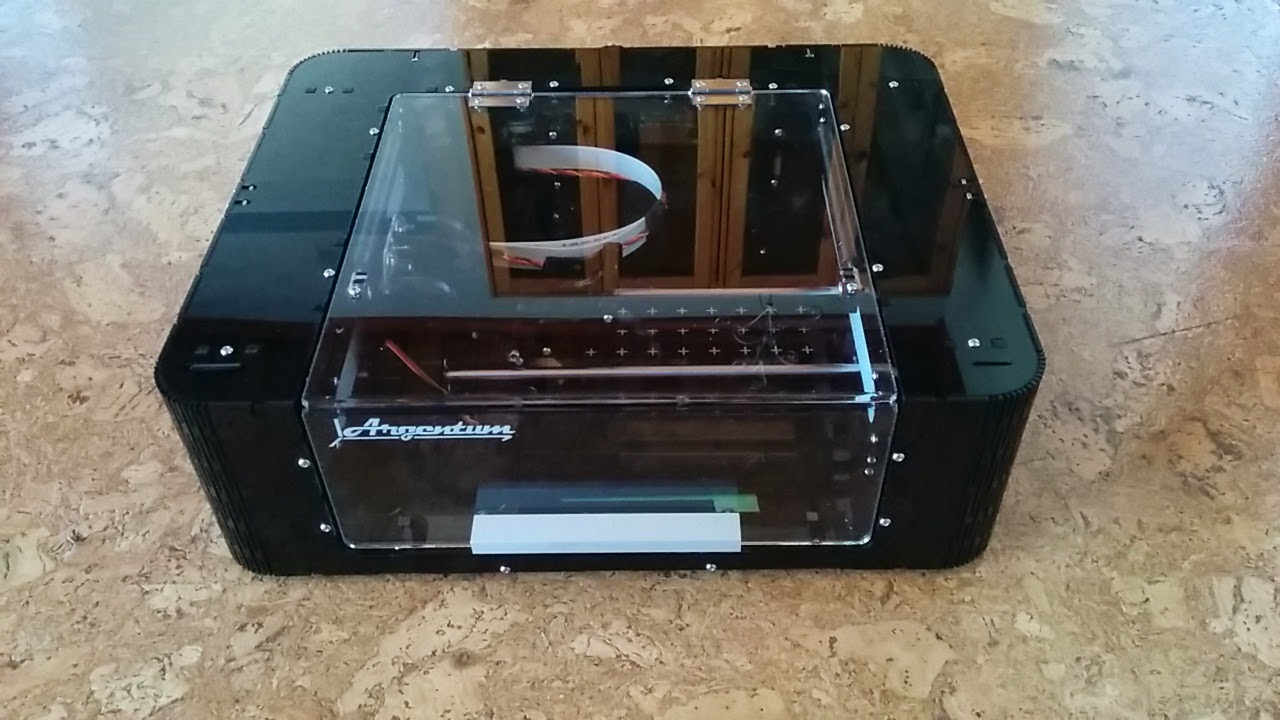 I still have to go though the alignment process, and I’ll try printing a circuit on FR4.

It looks like Cartesian Co has gone under, so I put together all of the documents that I have.