Deezmaker just came out with a PLA cooling fan duct for the Bukito.

It looked cool, so I figured I’d give it a try. 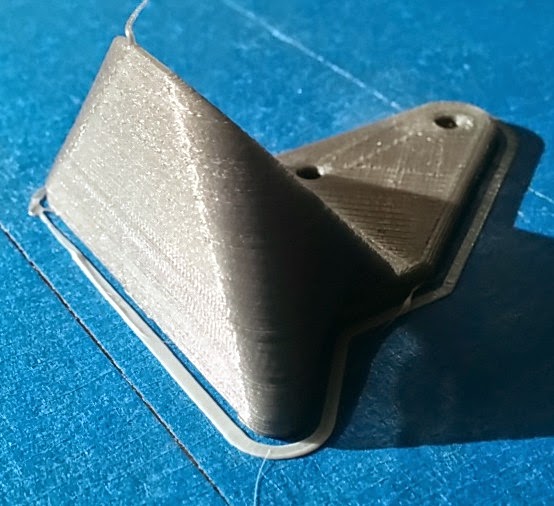 I ran it through Cura with 0.1mm layer thickness and it came out looking pretty nice.

I just received a roll of Silver filament that I ordered from seacans.com. Seacans is located in Langley, BC, so I was able to order it Tuesday, and it arrived on Thursday, and they have flat rate shipping too! I wound up ordering 6 spools of filament, and it was only $9.99 shipping. 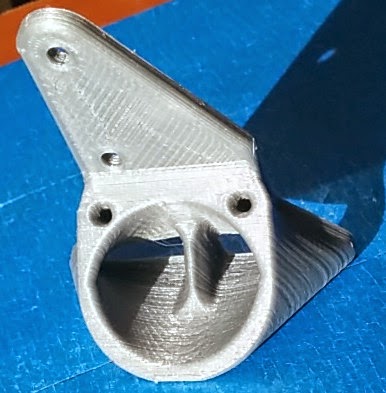 After mounting the duct and fan, I noticed that the bottom of the duct would collide with the 3 mounting screws which hold the bed on. So I used a 1/4” spade drill to countersink the holes for each screw. 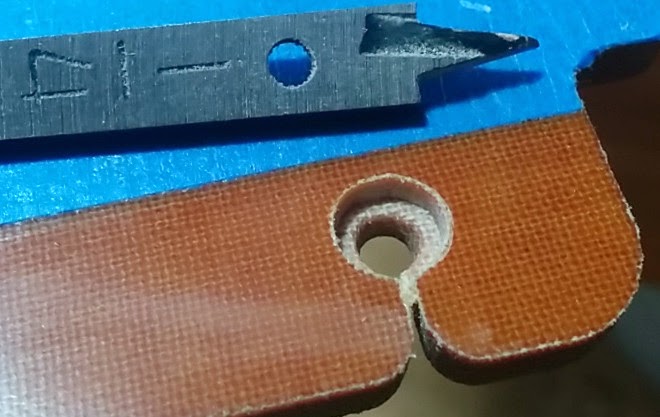 This shows the before and after

And here you can see that the distance between the bottom of the duct and the surface is less than the thickness of the screw head from the previous picture. 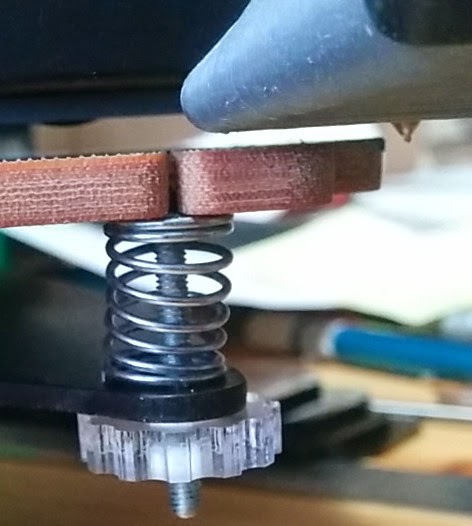 And here’s the duct and fan mounted on my Bukito. You can also see the straight lines which originate from near the corner of the bed. This is where the head rests while the extruder is heating up, and the duct would have gone right over the screw head: 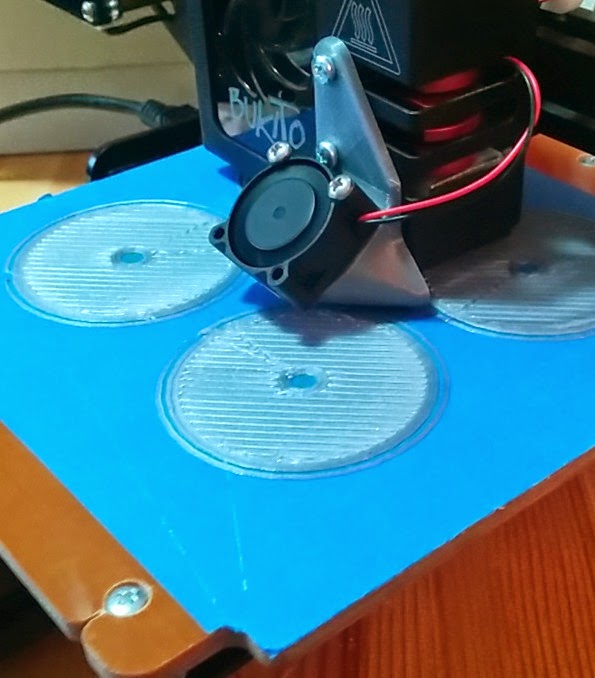