I’ve been following Nick Lievendag’s blog and saw him using Marvin as a quality indicator. Marvin is fairly small - about 25mm tall, so I decided to do a series of prints using Marvin. 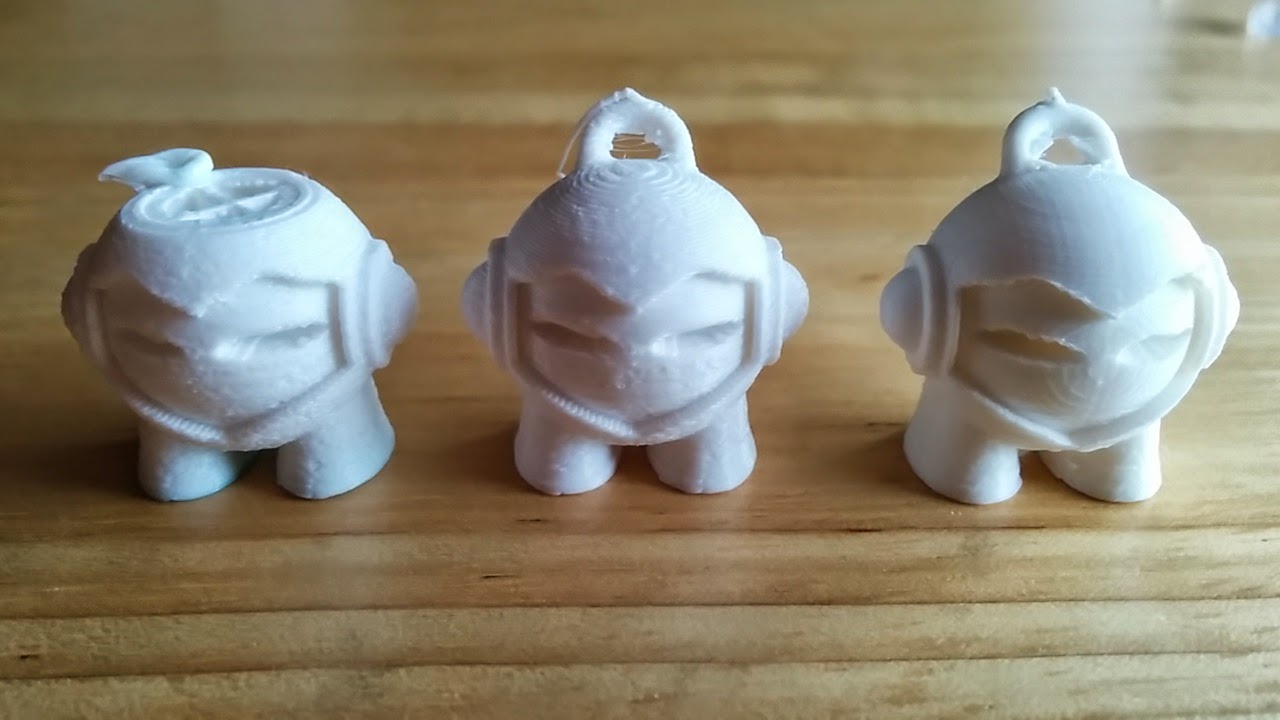 From left to right: 0.2mm, 0.1mm, and 0.06mm layer heights. The one on the left got chopped because the Windows 7 laptop I was using decided to reboot to apply an update. I’m in the process of replacing it with a Raspberry Pi running OctoPrint, but that’s another blog post.

There is also a slightly blue tinge to the feet of the Marvin on the left, which is because I had blue filament loaded for a previous print.

I used the Cura slicer, and the settings were all default (from here). I chose the 0.2, 0.1, and 0.06mm layers just because that’s what Cura suggested for low, normal, and high quality.

I then repeated the 3 prints, but with a 20mm diameter, 25mm high cylinder behind Marvin.

Here are the Marvins, front, back and side views, followed by the cylinders. Some of the Marvin’s still have the build support between the legs. 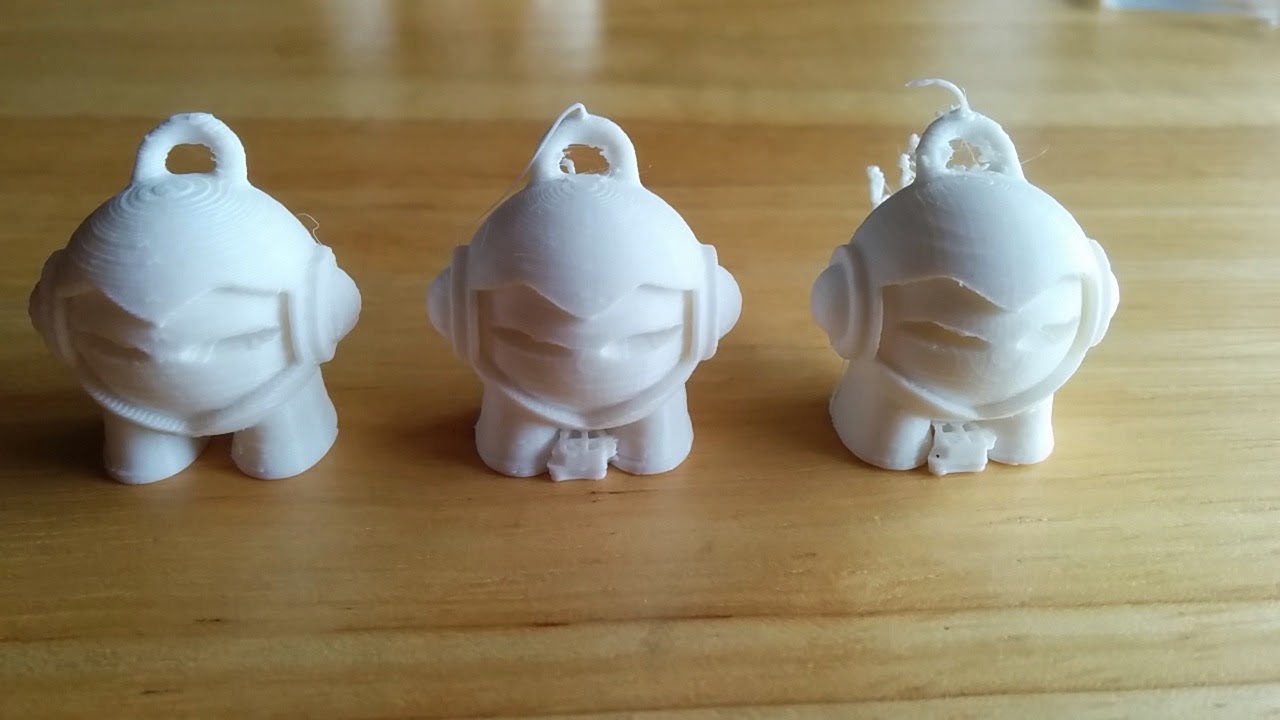 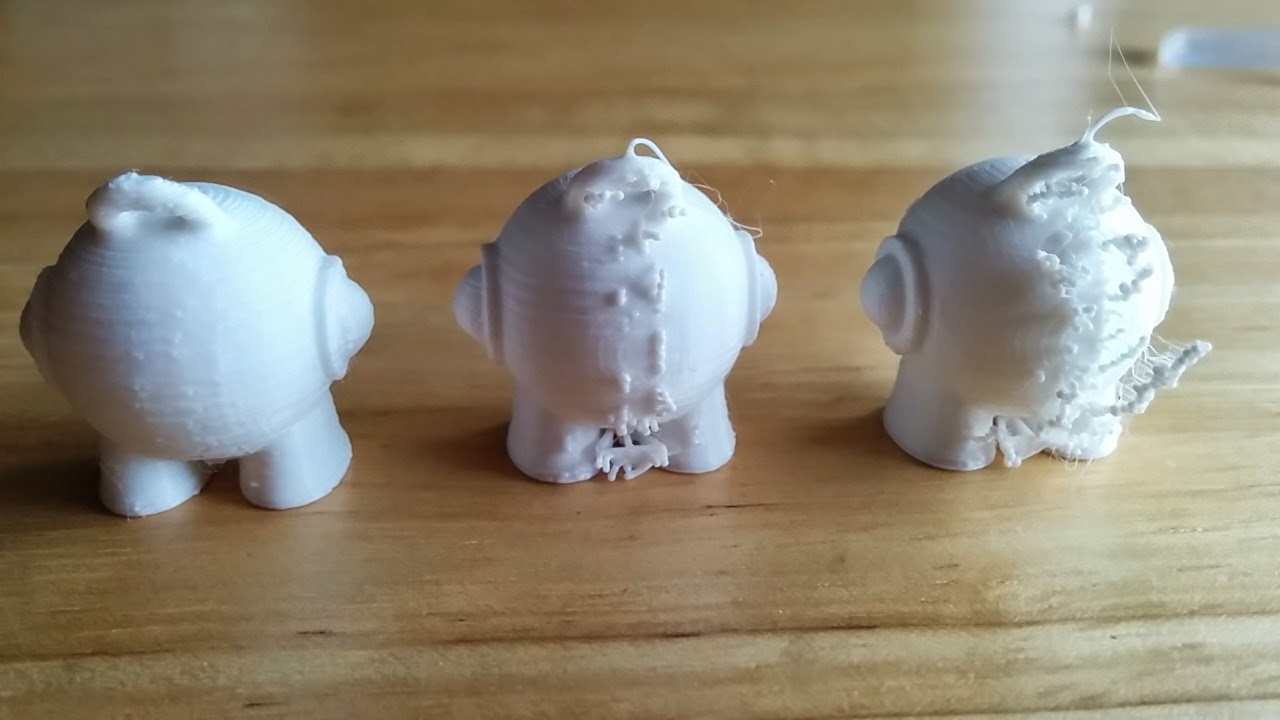 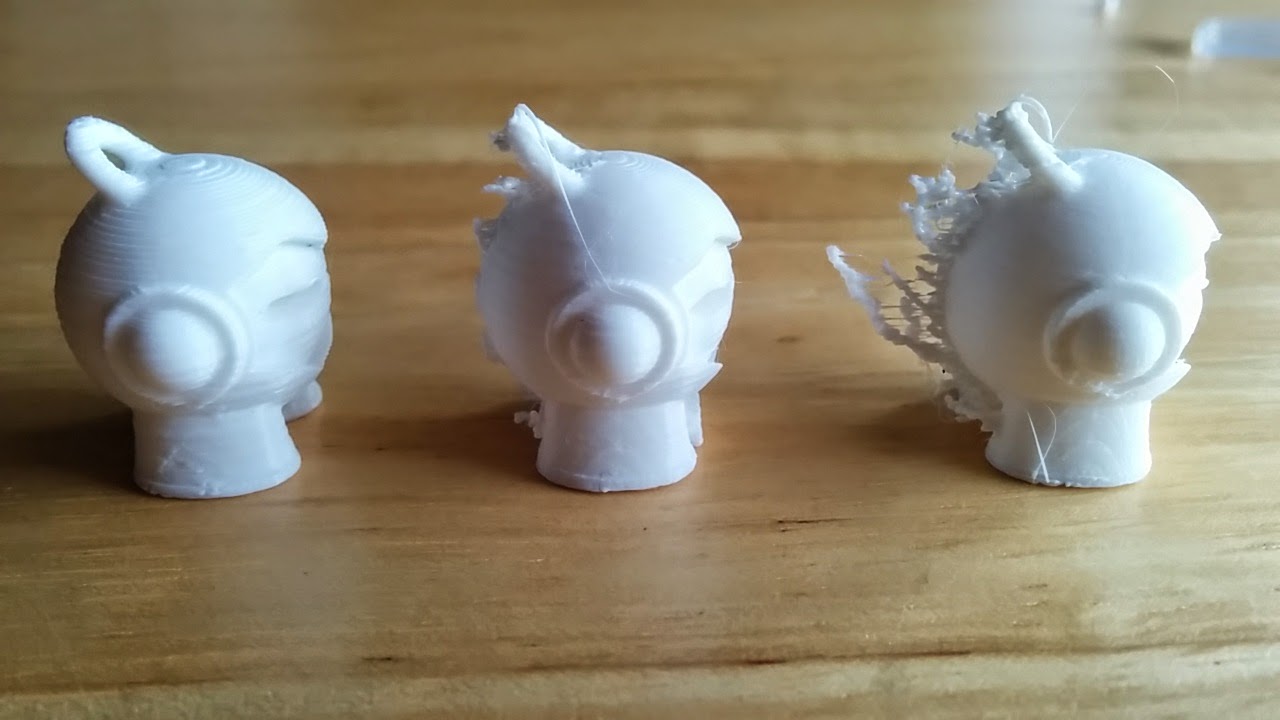 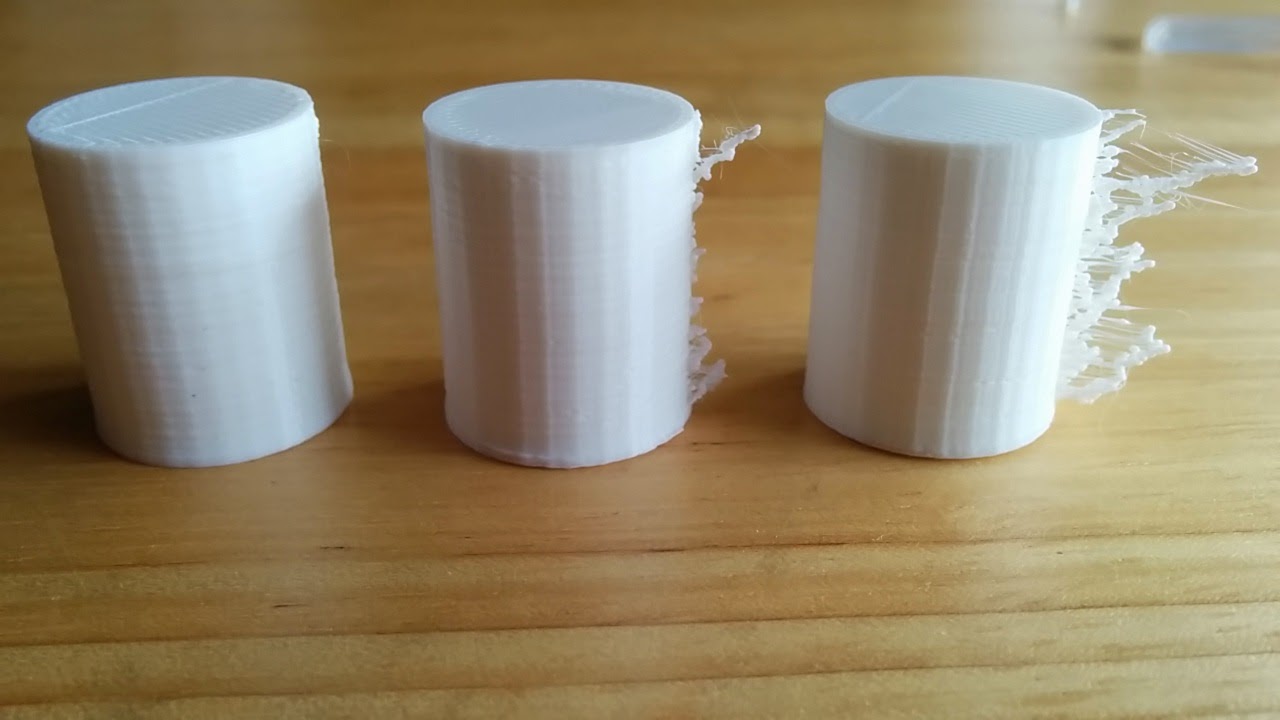 So now to figure out why the stringing increases as the layer height goes down.

Incidentally, Cura has a minimum time for each layer, but as far as I can tell, it doesn’t actually work completely properly. I’m pretty sure that the print speed slows down, but I noticed when printing the loop at the top of Marvin’s head, that it was only taking a few seconds per layer, and not the 20 I had set.

For robot parts, I think that the 0.2mm setting is more than adequate.