This compliments the MendelMax3 - Lower LED Mount that I created earlier.

The upper mount is quite a bit bigger, so I need to have my MM3 working well enough to print something large, and I’ve finally reached that point.

Similar to the lower LED mount, this one is made up of 3 parts: a back, an LED Holder and a Shield.

I initially had problems with one end of the shield lifting when I printed it, so I created a variation with a brim at either end. 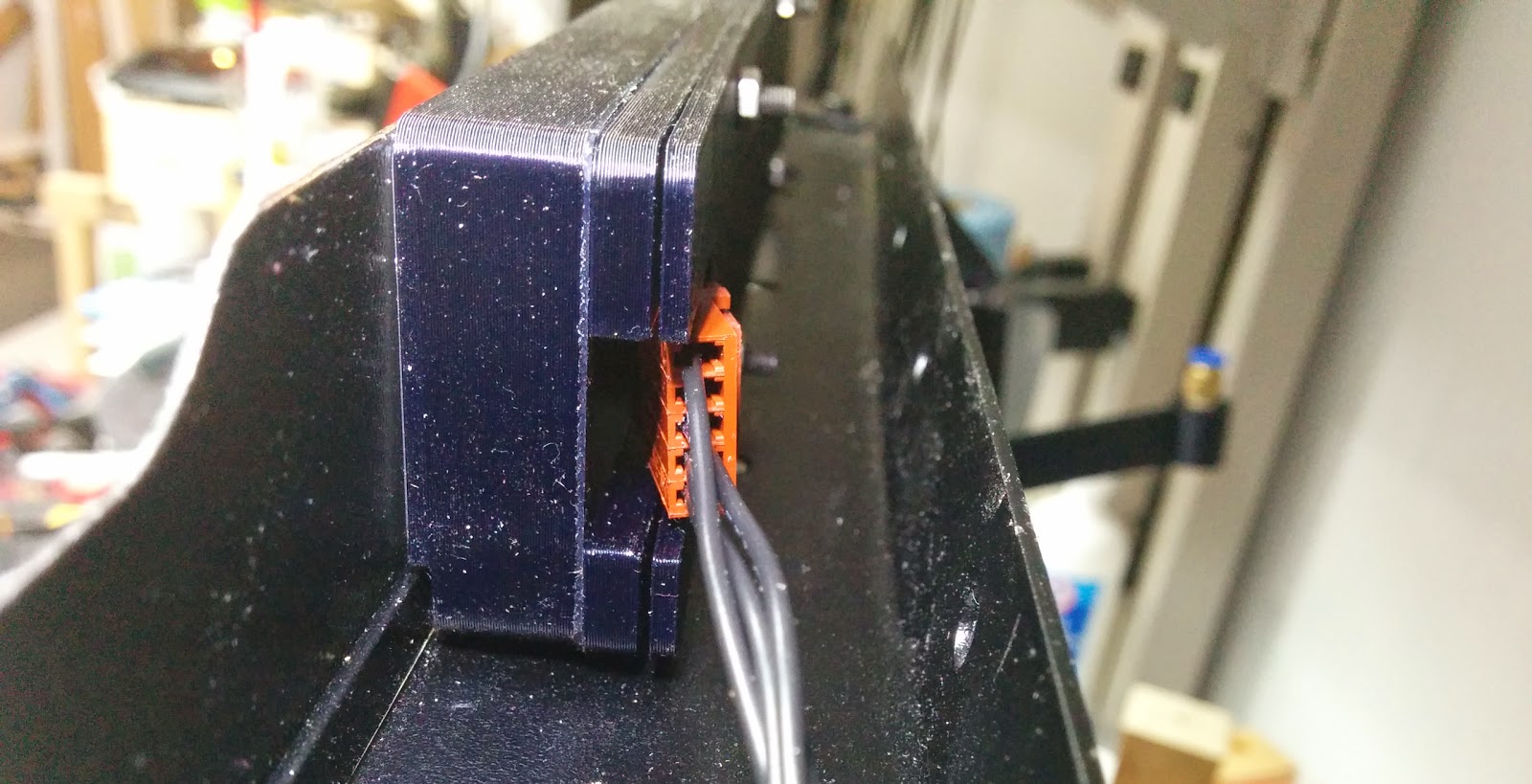 I used a sharpie marker along the edge: 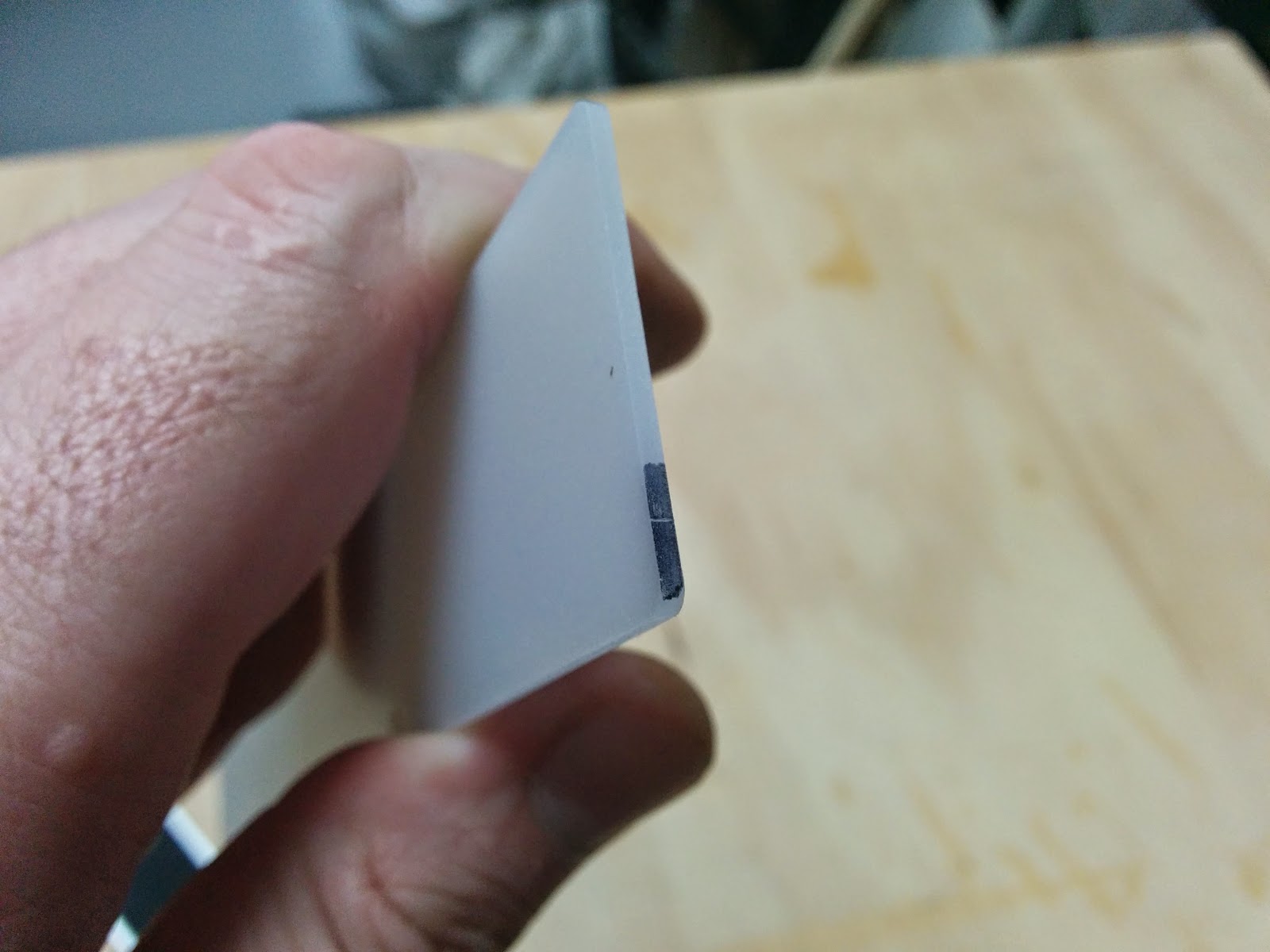 and put a score mark using a knife blade while the platic was held in the shield: 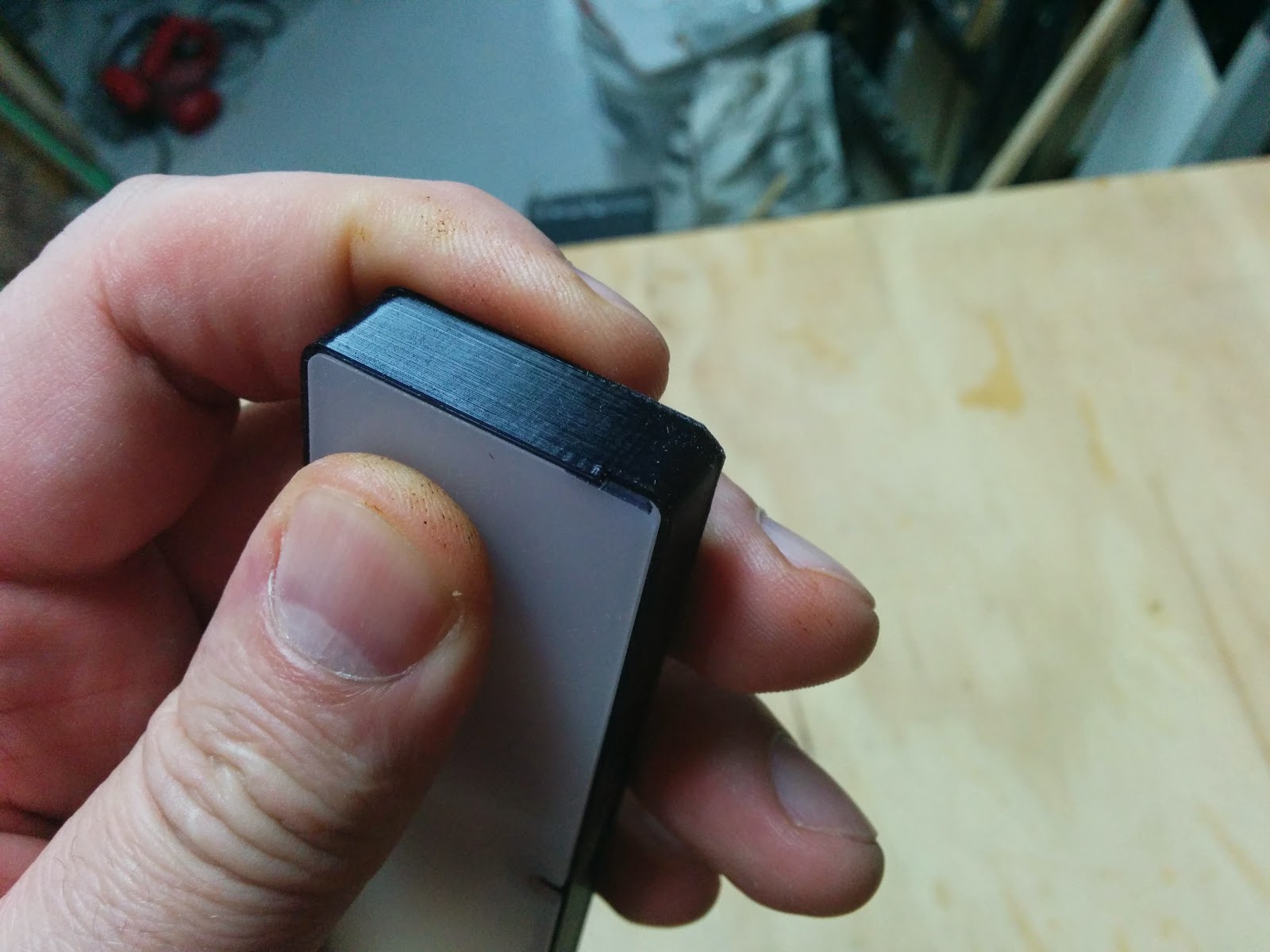 I then scored the plastic a half-dozen times using the knife: 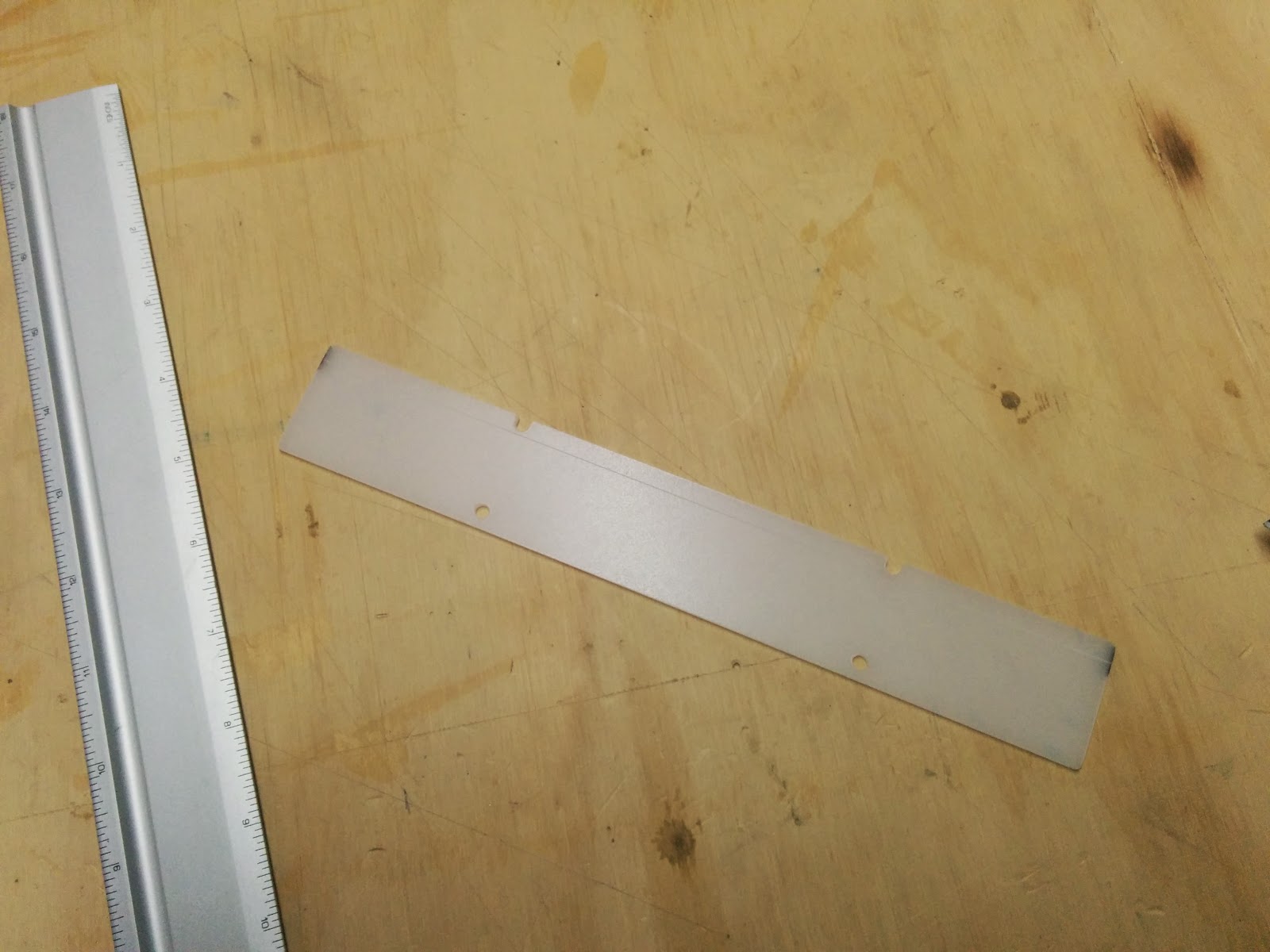 and was able to break off the lower pieces using some pliers: 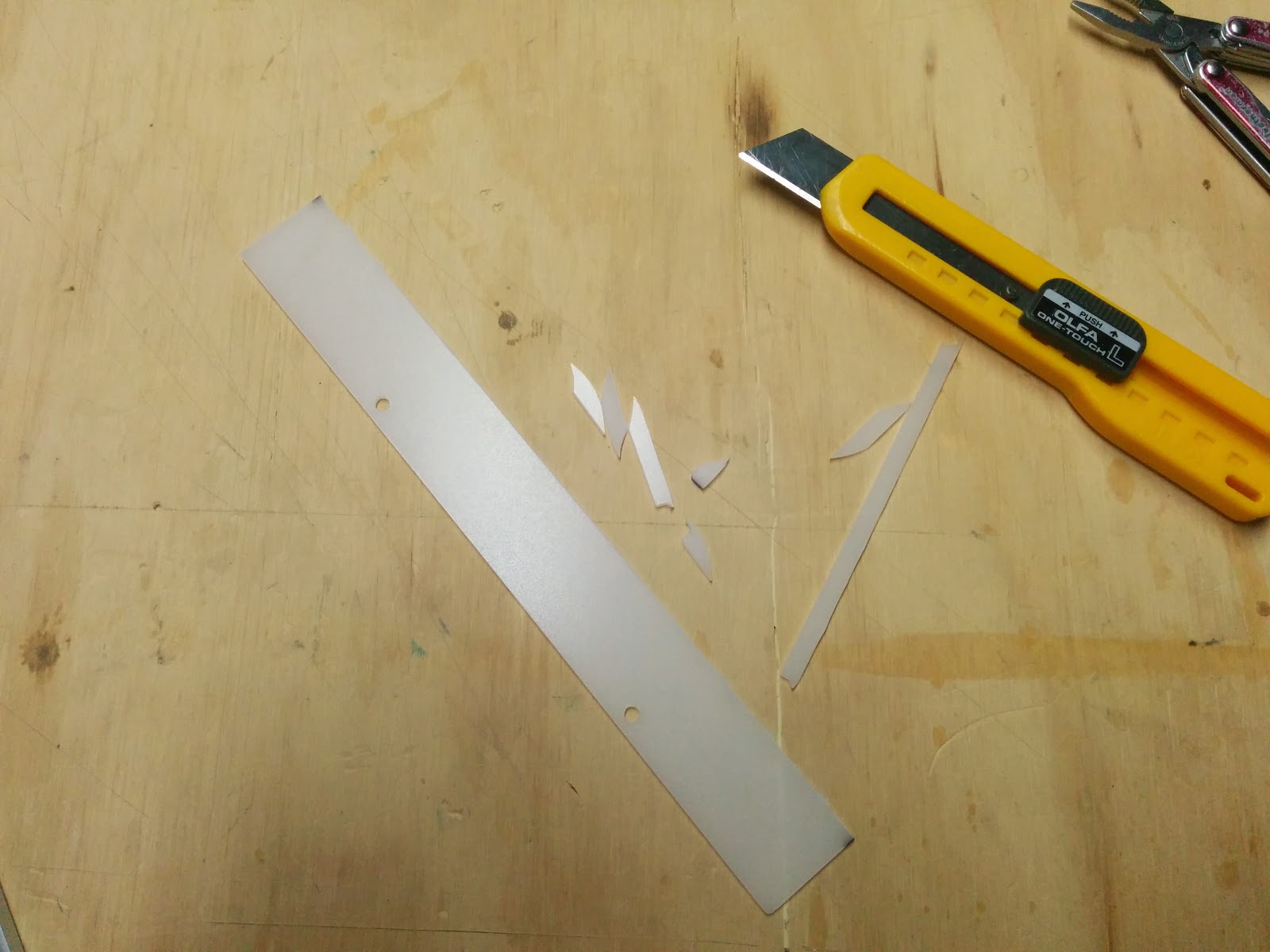 I wound up with this in a few places, and used a file to get the edge smooth:

The trimmed plastic piece should then look like this in the shield:

I also puut a strip of black electrical tape across the top (this is to cover a light gap that I found after putting everything together):

Oops. The slot isn’t quite wide enough (the LED on the left is partially covered):

That’s what a nibbler is for (I’ll revise the model to make the slot a few mm wider): 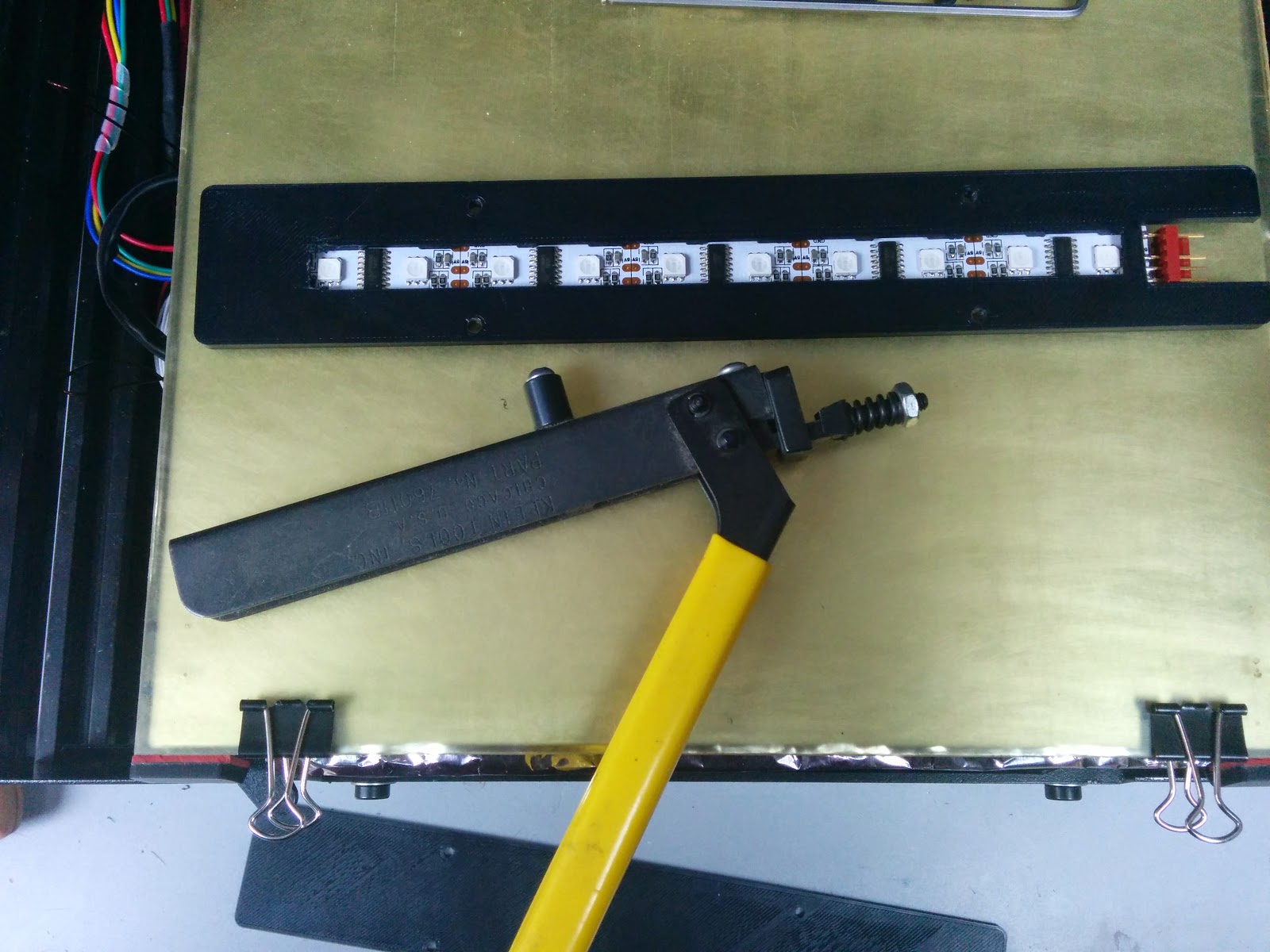 Here it is with all of the pieces together (except the diffuser):

This is what it looks like once its all installed. I used 4 M3x25 bolts and nuts to mount it:

This is the light leak I was talking about earlier (that I covered up using electrical tape): 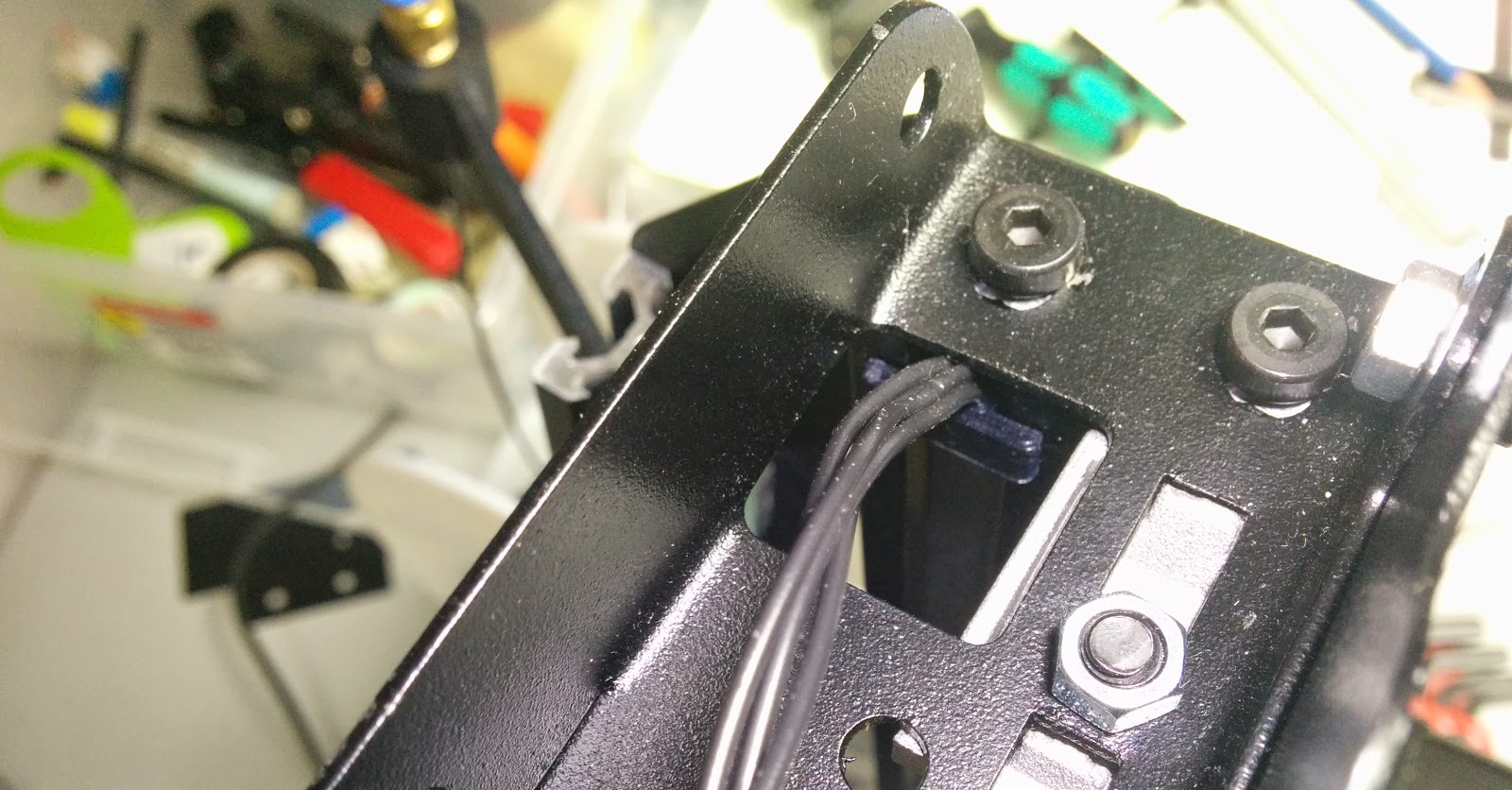 I used one of these clips at the top and bottom:

And cut a piece of black posterboard to cover the wires (you can see the posterboard in the rear slot, just to the right of the leadscrew): 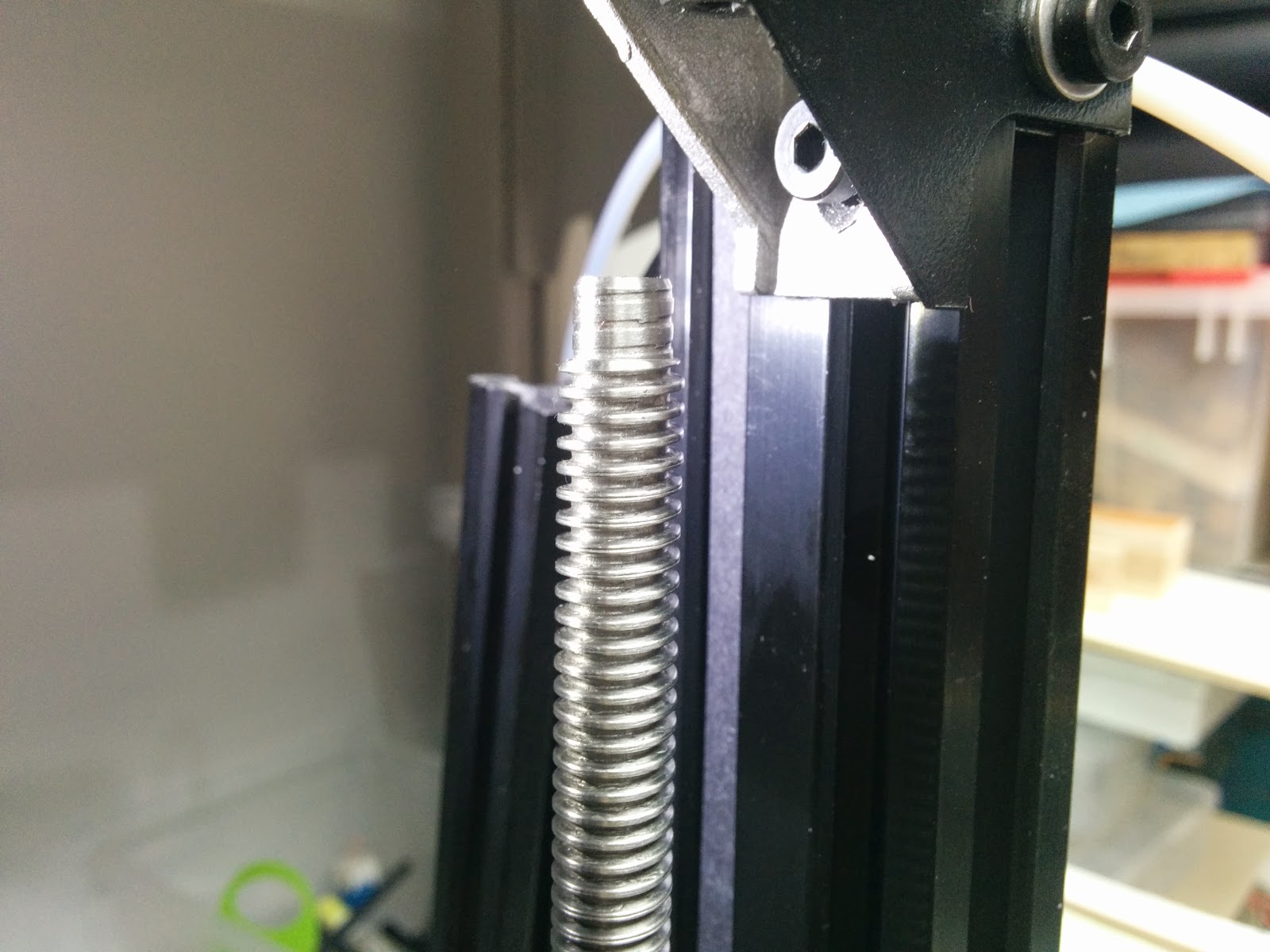 My STL files and FreeCAD file can be found here.